All's Grist That Comes To The Mill 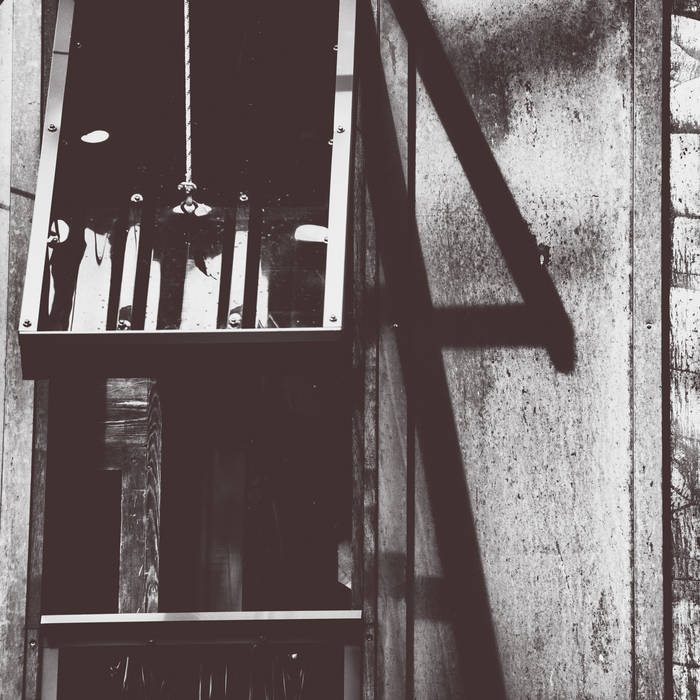 I worked on All’s grist in stages over about 18 months. In the initial stages, I would travel to the site at Harrigans Lane (about 3 hours from Brisbane) and improvise on a piano planted in the forest, responding to the natural soundscape. By Easter 2015 Bruce had collected several pianos in a large tool shed, where I conducted a group of invited guests through some structured improvisations. This gave me the first raw sense of the pianos’ potential, and of their wild out-of-tuneness. Between July and August the building was completed and the pianos winched into position, and from then I spent as much time as possible in the building trying out ideas. I soon realized that it wasn’t a question of writing for 16 pianos, but rather, of writing for those 16 pianos, with all of their variations of tuning, tone quality, and playability, and for the building itself, which I discovered had an acoustic warmth and intimacy that deeply affected my feeling for the music.

The ideas for the piece coalesced during one long weekend in October when I took a portable recorder up to the Mill. Armed with a notebook full of sketches, I would take a short musical idea (30 seconds to a minute) and then record it 16 times, once on each piano, assemble the 16 tracks on my laptop, and listen back. I didn’t really know what the full effect of each musical motif would be until I heard all of the pianos at the same time. This work continued all weekend without pause, until one particular recording sent chills down my spine; it felt like the whole building was literally vibrating in a single droning chord. That became the starting point for my piece – I called it “The Hive.” From there it was a question of developing, editing, culling materials and putting them into a format that could be played live by 16 pianists. I wanted to show off the potential of what the building could do, to play it like a giant instrument.


About the Piano Mill
The Piano Mill is a steampunk tower in the forest of New South Wales designed and purpose-built to house 16 vintage upright pianos. Architect Bruce Wolfe created the building as an homage to the history of pianos in outback Australia, where there were once more pianos per capita than anywhere else in the world. Bruce was also responding to my own work for prepared piano, and I jumped at his invitation to compose a piece of music for the building launch in 2016. Little did we know that this work of grand folly would go on to win APRA AMCOS Art Music and World Architecture Festival awards.

Bruce describes his design as follows:
“The idea was to have these pianos packed fairly densely into a space, the design result something of a cube: a floor plate of about 4.5 metres square allows two standard size upright pianos against each external wall. Two stories’ height produces 16 pianos. Raise the cube two metres off the ground to allow for the pianos to be hoisted up through a hole in the middle of the floor and place a clear story at the top and we have the basic shape.” [The Piano Mill: Stories of the journey, Uro Publications]

The audience gathers around the building, listening from the outside, while the sound is modulated by opening and closing louvers. Crucially, Bruce and I both agreed that the pianos, collected from the Brisbane and Toowoomba areas, should be left “as is,” with no retuning or repairs.