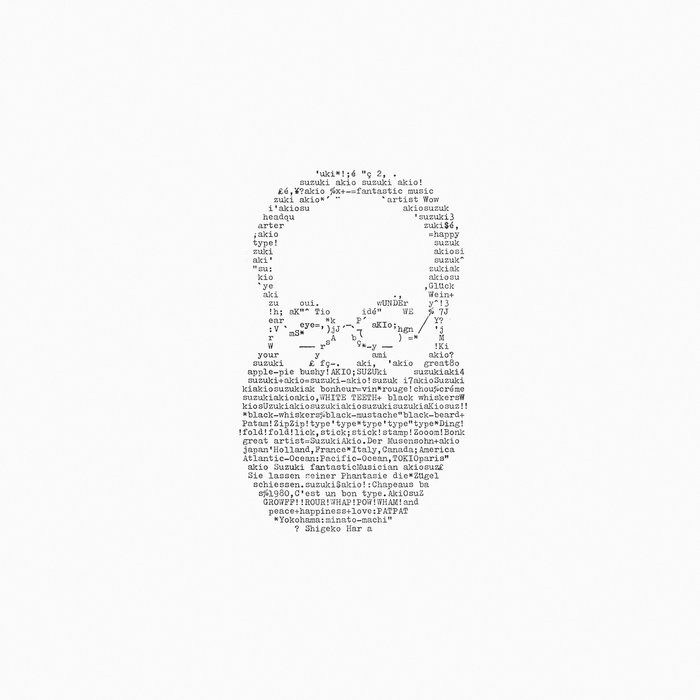 In 1979, Akio Suzuki recorded a performance, ’New Sense Of Hearing’, at the Nagoya American Centre. During the performance, Suzuki used voice, turntables, glass harmonica and his self-designed instrument the Analapos to create a series of improvised pieces that effectively charted out his sonic investigations for the proceeding decades.

In 1980 these recordings were issued by ALM records as Analapos, the first work made publicly available by Akio Suzuki.

For going on six decades now, Akio Suzuki has been responsible for creating amongst the most otherworldly, yet deeply affective sound works of his generation. As a musician, sculptor and sound artist, Suzuki’s work threads an important linkage between Eastern and Western sound art practices. His approaches, that focus primarily on intense states of listening, ’throwing and following’ and a relentless sense of open curiosity, have allowed him to continuously deepen his work.

Originally published in an edition of just 200 copies in 1980, Analapos has been out of print literally since its release. Clocking in an over an hour, the original pressing of the recordings to a single LP, presented some technical limitations.

This 40th anniversary edition of Analapos is entirely remastered and is published with a booklet that includes a long form interview with Akio Suzuki conducted by sound artist and collaborator Aki Onda, plus extensive photographic documentation of the development of the Analapos. The publication of this edition is announced in conjunction with the Sense Of Ekō retrospective exhibition which opens at The Substation in Melbourne late January.

Dedicated to the late Mr. Kusuo Shimizu, owner of the Minami Gallery.
Recorded from the performance of "New Sense of Hearing" at Nagoya American Center on October 5th, 1979.
Cover Illustration by Shigeko Hara
Produced BY Yukio Kojima