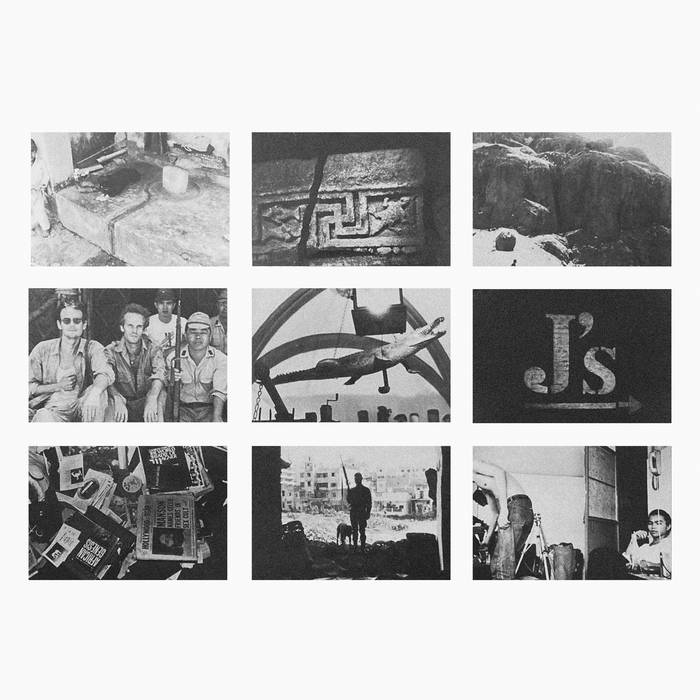 Phauss is Carl Michael von Hausswolff and Erik Pauser. Formed in the early 1980s, Phauss operated amidst of generation of uncharacteristic Swedish artists concerned with reshaping the edges of practices in sound, light, performance and vision. It was a monumentally fertile period for Sweden in that a confluence of factors allowed artists to dedicate themselves to the relentless excavation of ideas, drilling down to the absolute core of their interests and ways of making.

Von Hausswolff and Pauser, who both operated across sound and installation, used Phauss as a means for deconstructing ideas of composition, situationalism, site-specific works and extended performance methodologies. Across the second half of the 1980s and into the early 1990s, they made connections, through their travels, outward from their homeland into scenes and communities that stretched from the Middle East, through North America and into Asia.

Like their travels, their ways of approaching the work they made was similarly wide-reaching and innately curious. They worked with often quite strict conceptual structures within which they were able to unlock entirely new ways of considering composition and also the material production of sound, through performance, through iteration and through considered experimentation which allowed for failure, just as much as success.

Audiodrome collects together two discreet works that sit somewhere between field recording, chance composition and experimental soundscape. Both pieces pre-date the widespread arrival of field recording as a creative practice, and expand outward the work that had been developed by musique concréte and other experimental music approaches concerned with the intersections of found sound and composition. Both works were devised using the same working methodology, whereby an alarm would sound every few days and wherever and whenever it sounded the pair would start recording their surroundings. Those raw material became the basis for the pieces.

The first composition Zürich - Zürich is a piece that traces a line around the world, Phauss travelling on a round the world air ticket stopping only in countries where conflict was present. This unsettling journey became a meditation on the evolving state of the world in those moments. Voices, traffic, cafes, radios, transportation system and other incidental environments float into one another in a kind of stream of (temporally incongruous) consciousness.

The second work Alger - Lagos brings to mind some of Brion Gysin and William S. Burroughs tape cut-ups. Street musicians are splice against bursts of radio, roadside conversations and searing blasts of industrial noise captured from aircraft and other unfamiliar sources. It is an unsteadying journey where even the sounds of the everyday feel alien and repositioned. The sounds call to us prompting a sensing that is at its heart utterly fascinated, and fascinating.

The edition includes a book featuring an exhaustive collection of photographs, documents and artworks made by Von Hausswolff and Pauser during their journeys undertaken to complete each of the compositions. Many of these images and artworks have never been published previously.