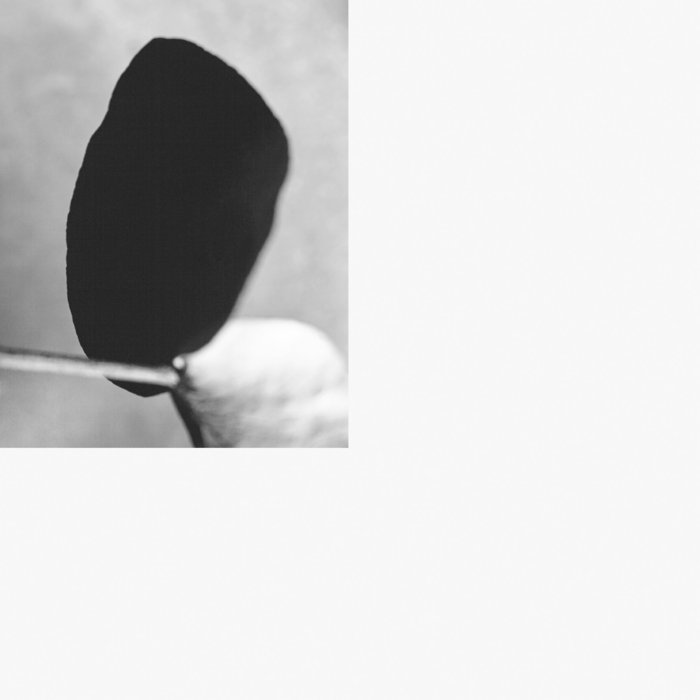 Stefano Rich, multiple tones come to your ears from different directions and kind like disorient you, make you feel lost and waiting for the next tone to come. This makes this record so special and very pleasing to listen to.

From Michalis
Observing visual and auditory patterns of slowly moving objects, induces a comforting sense. Whether random or organised, complex or simple, intentional or incidental, seen, felt or listened to, most physical movements carry a reassuring message; the receiver is alive, earth is in orbit exerting a gravitational force upon all matter and time has a constant flow which can be measured through the periodic succession of physical phenomena.

It was upon these fundamental principles that visual artist Roman Signer built a large body of fascinating works which have had a great impact on me since a young age. Signer's artistic output contains a series of documented acts and events executed in a quasi-scientific fashion and with great sense of humour.

In the realm of sound, I was recently introduced by orchestra director and good friend Ilan Volkov, to the work of Pierre Berthet and Tetsuya Umeda. In 2018 I invited Pierre Berthet to perform at Borderline Festival and the following year, in the context of Tectonics Athens we programmed, together with Ilan Volkov, Umeda's solo show.

Onstage, both artists explored various physical phenomena whose visual and auditory effects were of equal significance. Their seemingly meaningless actions bore an indefinable emotive strength and revealed a profound attachment of artists to sounding objects. As a listener I was totally immersed in the intensity of the moment and found meaning in intended and unintended actions and events. The sound of flip-flops, as Tetsuya Umeda was walking around his constructions, felt as substantial as the sound coming out from the speakers.

Art frequently involves a degree of deception and many artists aim at transporting the viewer, reader or listener, to a less pragmatic sphere of reality. Being a bad liar in actual life, I’ve always inclined to transparent creative processes as experienced in the work of artists like Roman Signer, Pierre Berthet and Tetsuya Umeda. In a similar manner, I see this record as nothing more than a sonic imprint of a series of actions and reactions, assembled and composed into a four-track album.

I perceive all of the following sounds simply as movements that have resonated within me over the past few years; the touch of contact microphones on various surfaces, vibrating strings loosened to the extend they no longer produce audible tones, myself swimming in the sea, the underwater crackling of shrimps, Thalia Ioannidou's heavy breathing, Ingi Garðar Erlendsson's solo thranophone performance in Reykjavík in 2014, oscillating springs, rotating cymbals, subtle movements of tuning pegs and knobs, scrubbing of piano strings, Sofia Labropoulou playing with the mandals of her qanun, pressing keys, patting strings, moving pedals and knee levers of a pedal steel guitar, Ilan Manouach's close-miked soprano saxophone and soft mouth sounds.

With Classical Mechanics I invite the listener to an intimate space I find as immersive as a large venue resonating to the throbbing frequencies of a full-range PA.