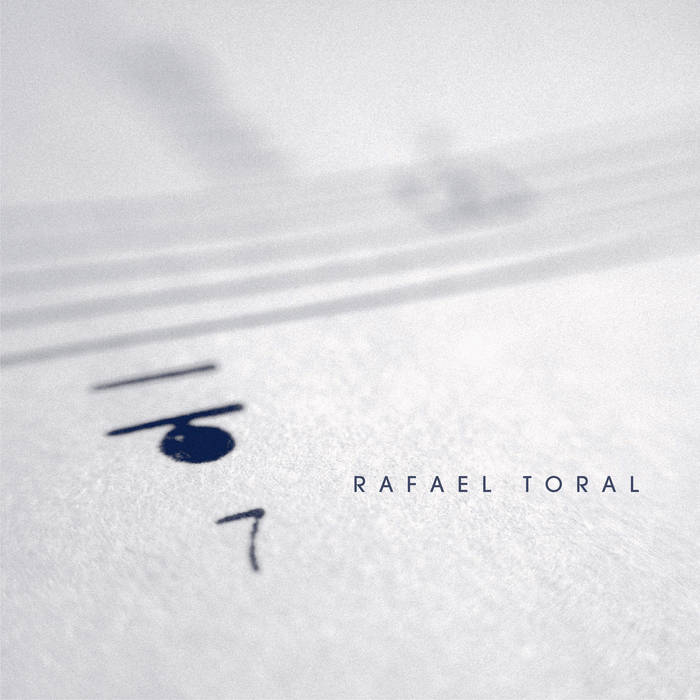 From Rafael Toral
Everything we do sends a message, and that message is embedded in a story. The music i recorded between 1987 and 2003 somehow sends its message and there's a story behind it. By 2006, with "Space", i radically changed both the message and the story. I have always found that both need to be in tune to what is happening in the world, because they are a response to that. However, since "Moon Field" (2017), i have been arriving to a “third phase” that somehow (re)unites the previous two, a space where the divergent messages and stories from those different periods are both needed and make sense in these days. Feeling a general need to slow down almost accidentally shed new light on my background in Ambient, inspiring new forms to the future. This is the context where this release is emerging from. The way is forward, not backwards, but revisiting this piece to finally fulfill its project makes sense to me right now.

"AER 7" (the record's only track) is a piece i wrote in 1992, of which a guitar version is included in my debut album, "Sound Mind Sound Body", released two years later. It was a departure from the earlier "AER" pieces i made from 1987 to 1990, replacing a drone guitar sound with empty space, in a similar kind of structure. The empty units are in sync but their contents are not, rendering the sequence of time events almost random.

I had the idea to produce the present "AER 7 G" version back then, but at the time there were no instrument players in Lisbon who might be interested in it. Commitment to other projects like "Wave Field" and all the ensuing work kept it in the drawer until now. A new generation of generous, open-minded, highly skilled musicians made it suddenly possible to develop the project.

I have always regarded "AER 7" as a melodic generator, or "generative", a word i would learn later on. It's written in a way that prevents repetition and generates unpredictable results, apart from the pace and the set of notes. Curiously, "Constellation in Still Time" is by far the most quintessentially Ambient record i have ever done.