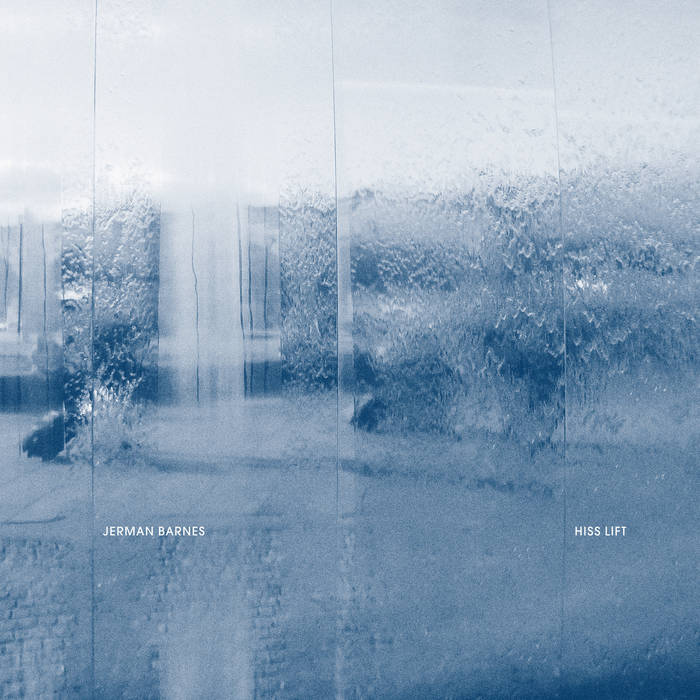 A note from Jeph Jerman

…a car on fire alongside the highway in the middle of the night. Waking in someone else’s bed in London with an entire poem spilling into my head, and then recording it with Tim in the kitchen after breakfast.

Seemingly endless car, bus and train rides full of the country side splintered and refracted through glass and fatigue, always the same, always different. The screaming woman at the airport who pulled the fire alarm, evacuating the terminal. Some guy in Brooklyn talking through our entire set…

…smoking rope and playing chess with Jean-Herve Peron. Playing in that giant concrete bunker on Mare Island, our sounds smeared by endless reverberation. People smoking heroin in the bathroom in Oslo, setting off the fire alarm toward the end of our set, and the freezing room in Den Haag. Improvising in the back seat of Tim’s car while he drove and recorded it, somewhere in Indiana. The guy shooting up in the stairwell of that dilapidated squat in Berlin, and the whirlwind tour of the city at 3 AM. Chocolate you could snort in Antwerp. Crossing the English Channel through the Chunnel, and our entire train loaded onto a ferry to cross the Baltic Sea.
Spending a lot of time together, without ever running out of things to talk about.

It was Tim who said that our next record should be called hiss lift. We saw it on a sign pointing to an elevator in some hotel, the two words in different languages. For me, that phrase conjures up vague thoughts about tape manipulation, a finger on a switch so marked. We talked about the record a lot, mostly on trains, and came up with other titles launched from subtle in-jokes. What we didn’t talk about in any detailed way, was what it would sound like.

Lounging on-board and resting, not focusing on any one thing I could watch the landscape from two or three different directions at once, all rolling into and out of each other’s reflection. Different surfaces displayed aspects on the inside of our compartment, highly distorted by their curvature. It struck me that it was very similar to the music that Tim and I had been making, and that spark set off the fire you now hold.

Every tour that Tim and I did is represented here: Two runs through California and two up the east coast, a tight circle in the mid-west, and three weeks in Europe and Scandinavia. The spoken word bit is the recording we made in the apartment in London, and the rest is a melange of places and times superimposed. Sounds reoccur, jutting up in varied combinations, ghosts peeled and pasted. Sudden thwacks announce shifts of scenery, a door closes, another opens.

In Schiphorst, there was a William S. Burroughs book lying on the sofa. Burroughs once talked about all human experience being a cut-up. You walk down the street and your eyes alight on different things as you scan your surroundings: don’t walk/DRUGS/“spare change?”/ PLAY on the side of a bus, now the street through flashing glass. This idea also illuminates hiss lift, spotlighting the notion that what you remember is not what happened.

Here then are our cut-ups, mnemonic prods diced and displaced. The residue of experience passed hand-to-hand.

Recorded mostly on tour 2014-2017 with assistance from: Billy Gomberg, Barry Weisblat, Jean-Herve Peron, Zappi Diermaier, Mike Majkowski, Chris Heenan, Joachim Nordwall, Ted Byrnes, Bill Hutson and Mitchell Brown. We'd like to thank everyone who put on a show or hosted us during our tours. Thank You Lawrence English for releasing our work.

Nightmares on Wax and Bremer McCoy stop by with their sublime new LPs.