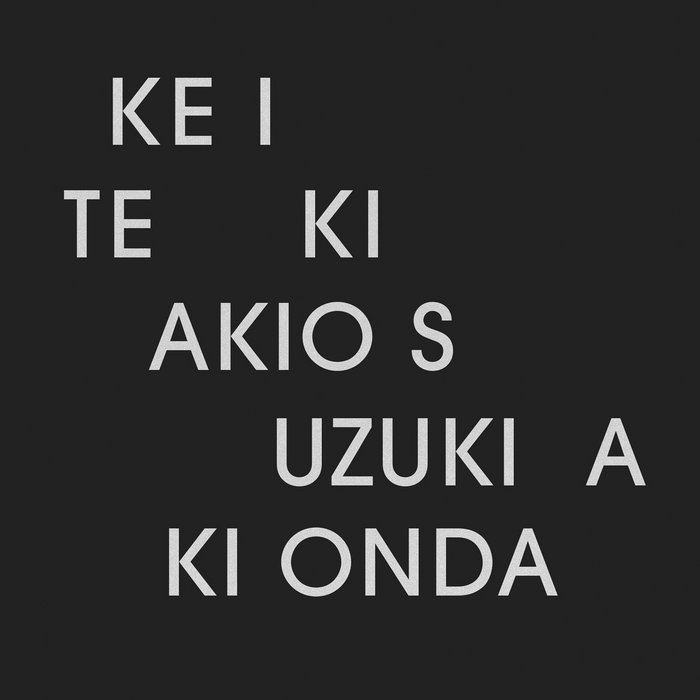 From Aki Onda
Akio Suzuki and I have been performing together frequently for the last five years. He and I have a tendency to perceive sound as space, or to always consider sound in relation to space. We don’t usually hear the sound sources as they actually are, since they are always modified by a space’s acoustics and its reflections, absorptions, and attenuation. Sound is affected by the conditions and characteristics of a particular setting. When we play, we listen carefully to and respond to the extra acoustics of these phenomena. Our ears have to be wide open, constantly adjusting to ever-changing detail. Nothing is fixed.

We typically avoid conventional music venue concert settings, where the stage and audience area are separated and sound travels from one side to the other. Instead, we opt for an open space where the audience can surround us or position themselves throughout the space, depending on the occasion. It is non-directional. We also like tailoring site-specific performances to unusual locations. It becomes a dialogue between us and the environment we are in.

This album "ke i te ki" was recorded in New York City in Fall 2015 at The Emily Harvey Foundation - a SoHo loft-style art space that was once the studio of Fluxus founder George Maciunas.  Nam June Paik and Shigeko Kubota, whom Akio met around the early ‘80s, used to live in the same building; another former resident and friend of Akio, Yoshi Wada, was said to have done some of the carpentry and plumbing. It is a historic building of New York avant-garde culture, and the last of the artist co-ops that Maciunas created in New York City. How could this not have an effect on the recording?

We had one day of preparation for the multi-track recording, performing for two nights surrounded by a limited but packed audience. The Emily Harvey loft is itself quite constrained, and Akio and I needed a significant portion of the floor to place our gear and roam around. Microphones were everywhere, since our sounds diffused across the space.

My role was to set an assortment of “scenes” with field recordings, sustained drones generated by an industrial electric fan, and electronic tones and pulses from radios, et cetera. Akio then built upon these with layers of melodies and rhythmic patterns, while we both engaged in fabricating distinctive texture and timbre. Akio kept changing his instruments—such as the Analapos, the stone flute, discarded objects, et cetera—bringing surprises and sudden changes, creating contrast and powerful tension.

“ke i te ki” in Japanese means the sound of an alarm, or a whistle to call attention to a hazardous event. We hoped to further develop our unconventional style by adopting a set of self-imposed rules related to the multi-directional soundscape, acoustical response to the space, implementation of visual elements, and so on. Akio suggested the name “ke i te ki” as a reminder to push ourselves further. It was a lesson for us in questioning ‘norms’ and exploring other possibilities. It’s having no determined limit or boundary.