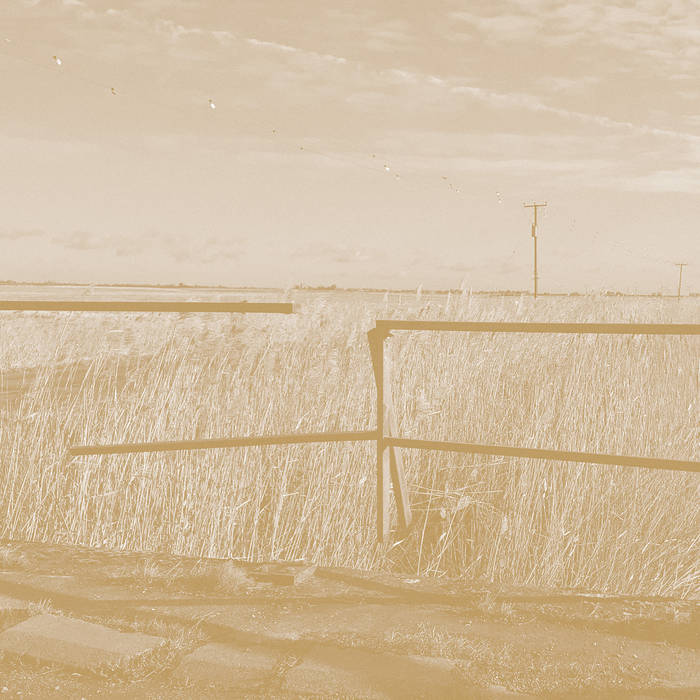 ‘Long Drove’, the title of Scott’s first edition for Room40, is a location in the Fens close to the home of British composer, multi-instrumentalist and mastering engineer Simon Scott. It is the connective pathway between two nature reserves, called Holme Fen and New Decoy, and both sites are part of a habit restoration project called The Great Fen Project and is close to where Scott grew up as a child. This area first became a location of compositional inspiration over a decade ago, when Scott created 'Below Sea Level' on 12k (later reissued on Touch). His return to the Fens has produced a number of new works, presented here on ‘Long Drove’, that are intimate sonic narratives of place and rural trauma.

‘Long Drove’ is a site-specific sound study which shifts the Anthropocene discourse from spectatorship to musical participation, accountability, and creative engagement. The near future of the Fens, with concerns of further subsidence and threat of flooding, remains a palpable concern. One can almost hear Scott’s thought processes within these five compositions, of what the Fens would sound like if submerged and flooded by water again, returning to its original marshland state as a result of climate change, as the field recordings dissipate and unfurl with melancholic washes of decaying tape loops and digitally processed textures of Fenland sonorities.

“I regularly visit the remote and nameless broken bridge,” Simon explains, “that is situated over a long drainage ditch that connects Holme Fen and New Decoy nature reserves, simply to listen. Each season I’d return to observe the sonorities of wildlife merge and coalesce with the hum of the long telephone wires that stretch across the wide and flat Fens. Within my audition I’d perceive different sonic characteristics within the same location and I soon began to record its vast polyphonic glory. By pure serendipity my water bottle accidentally struck the steel bridge, and it rang out like a gong across the Fen landscape. This inspired me to use soft mallet beaters to actually play the bridge as a percussive musical instrument and capture its resonant qualities. A subsequent desire was also to place my tiny DPA microphones inside one of the bridge vertical openings to act as a filter of the many sonorities within and outside of the metal bridge. The vibratory aural qualities of the bridge would differ depending on what part of the bridge I struck and what season it was.”

‘Holme Fen Posts' traces out looped recordings taken from one of two of the famous steel Holme Fen nature reserve posts, which are located at the lowest cartographical location in England (six feet below mean sea level). The posts were driven into the ground in 1851 to take ground readings of subsidence by local landowner William Wells. Metal placards were attached to the posts to depict the subsequent dates of the level of the ground and Scott wedged two contact microphones in between the horizontal posts to capture its sonorities. The recordings reveal not only the slow and deep vibratory sounds of the steel sculptures but also the rhythmic dynamics created by natural phenomena, such as the downpour occurring as Scott recorded, and the resonances within the surrounding area.

The natural phenomena of wind became aeolian sound characteristics, as heard in The Whistling Wire, and the soft rhythm of the bridge being struck became the long-pitched drones and reverberant textures that these vibrations produced reveals the complex sonic topography of the Fens. From capturing the symphonic glory of the wind which, without any human intervention, ignites the holes in the wires. This triggers shifting planes of transmissible climate change induced musicality. ‘The Black Fen’ traces sound fields through cassette tape loops of aeolian field recordings which are manipulated when fed into Scott’s modular synth system to gradually tease out submerged hidden melodies.