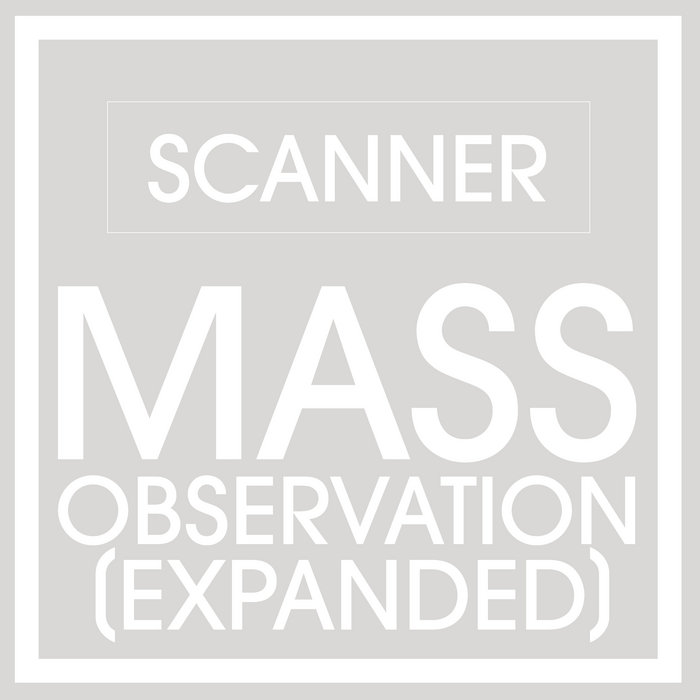 From Scanner Aka Robin Rimbaud:
There were three performers and one witness. I can remember this day so well, even though it was some twenty-four years ago. Standing up before a mixing desk in a dark room in an apartment in South London, Jim O’Rourke, Robert Hampson and myself, literally all hands-on deck as we each took responsibility for the faders on the desk. Introducing sounds to the mix, unexpected, unpredictable, where the accident reigned supreme. Sometimes the high frequency of cellular noise would pervade the atmosphere, at other junctures it would erupt into words and melt down to radio hiss. Mike Harding from the Touch label stood silently, listening intently. A couple of years earlier we had set up Ash International, an audio project which allowed to release unusual and exploratory music and sounds that we felt deserved a wider audience, from Runaway Train to the early Scanner releases.

Two mixes were captured directly onto DAT tape. One of which would be officially released as Ash 1.7 Mass Observation, an EP that featured a 25 min version of one of these sessions, but until today the second longer expansive mix has never been heard. Each quite different from the other. Dehumanised communications, beatless, radio signals drawn in live to tape, and accompanied by dial tone pulses and abstract textures, Mass Observation is a highly suggestive picture of a particular place in a city at a very specific time. A form of Sound Polaroid as I tended to call such recordings.

This early body of work of mine, in the early and mid-1990s was a study in surveillance. Long before our concerns about data leakage at Facebook, and Siri spying on our private moments, I used the scanner device itself - a modestly sophisticated radio receiver - to explore the relationship between the public and private spheres, lending a deep sense of drama to these found cellular conversations within a contextual electronic score. In many ways, this work pre-empted our reality culture, as it exists today, with our TVs now saturated by Love Island and Big Brother.

In the experimental techno uprising of Britain in the mid-1990s this work proved controversial and memorable. Bjork sampled Mass Observation controversially for her Possibly Maybe single, whilst Coil and Aphex Twin bought radio scanners and introduced these found voices into their recordings, whilst I continued to create work in this grey area of ambient sound. It’s work that still carries great meaning for me, opening up possibilities with sound and introducing the human voice back into experimental electronic music.

thanks to Jim O'Rourke and Robert Hampson