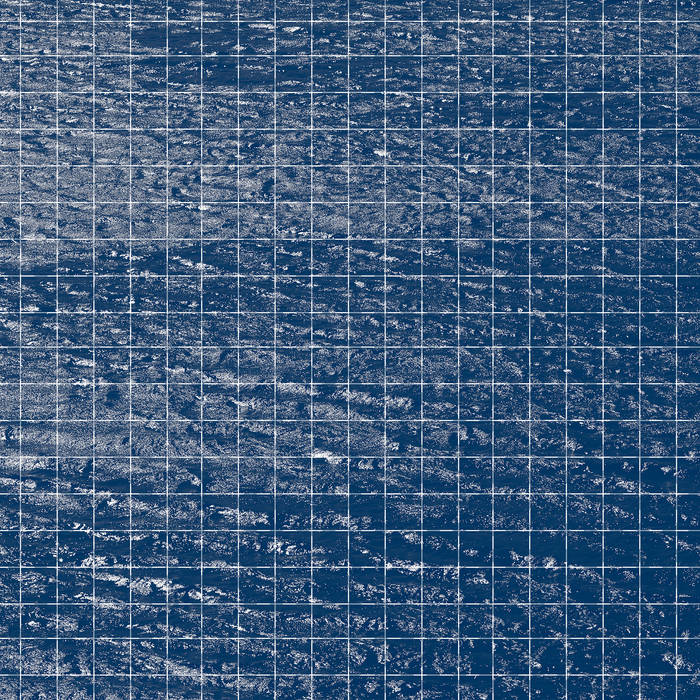 From Ben Glas...
I distinctly remember my first visit to La Monte Young and Marian Zazeela's "Dreamhouse", in New York. I was a bright and wide eyed (probably pimply) art-school student, with a zeal to find my groove and locate an empty seat at the proverbial table of artists. Creeping up the narrow staircase, I hadn't a clue what aural white light (well, violet actually) experience awaited me. Swiftly, I was in a state of fascination and utterly aware of my self: my movements, my position in spacetime, my little life.

The deceptively static standing waves emanating in the brilliantly lit room became, at once, a Platonic field of musically interactive possibilities. All I had to do was physically move through them to find my personal experience...and that’s exactly what I did.

I moved around that empty room as if there were no tomorrow (or yesterday for that matter, as there was only the present). I experimented with my ears, moving fast and slow, turning my head slowly and coughing, you name it. I was touched by the waves and was determined to sift through these pockets and fields of indeterminacy, in search of a method of composing which embraced the subjective and gave each listener the proverbial conductor's baton. What interested me, right off the bat, was the snapping in half of a long standing musical canon, loaded and laden with expectations that were placed upon the aural space and the listeners themselves. In this new musical context, a listener had some physical and cognitive agency in how they experienced the piece and ultimately themselves.

Another magnetising quality of this relativistic work was that it had a great potential to invoke a sense of empathy. Here, in the form of sound and vibration, was an objective phenomenon that could be sensed by most. Yet, because the presented sounds were so sonically simple (and wave-based), the piece revealed to me how fallible my own perception was. Was my experience of a sonic situation more valid that of an other? How could I think this, while knowing that the various waves peaked and dipped at various points and lengths throughout the space? These basic wave-based physics showed me how silly I would be to accept "6" and reject "9".

Once back in Portland, OR, I took to conducting my own experiments with tone, psychoacoustic subjectivity, perspectivism and relativity. In a way, this work here is just a stepping stone in this elongated quest to compose a music that lends itself to interaction, that allows itself to bend to listener expectation and that fends off the sometimes ambiguous expectations so present in contemporary listening contexts.

What we have here is a small series of experiments from this line of inquiry, an inquiry that is merely a decade old. Sourced from sine-waves, the melodies present are really just loops: polyphonous and polyrhythmic in nature. Once the tonic drones are performed and laid out, supporting tones are added in a looping and striated cycle. As the new tones add to the previous mix, the collective tones mix with both one another and within the spatial context they are played into. At one point, or another, the tones will form a sort of eddy and come to a seemingly natural rhythmic conclusion.

Here's where we get nerdy: the melodies (if I may call them this) are vignettes of a phenomenon commonly referred to as "superpositioning". Superpositioning is essentially a combination of two or more identical phenomena (i.e waves) to create a collective phenomenon. When a new tone is introduced to a preexisting one, the result can be heard as a change in general sound pressure level or amplitude. If one were to stand in one place while any of these melodies fills the space, one would hear one possible angle of the whole sonic object, while also hearing that the waves are bumping up, bumping down or even phase shifting certain tones.

These pieces, when projected into an open space, create a field of tonal interactivity in which waves are bumping up and down, mixing themselves within the contextual acoustic space. Where the listener physically is within this space and how they intentionally move through it will ultimately determine both what the listeners hear and their personal perception of the piece itself. With this agency, the listener is able to sift through the tonal possibilities presented, composing their own experience and ephemeral improvisation of the pieces.

There is also a social component to these pieces. If listeners are experiencing these pieces in tandem with other listeners, the movement of an other might just have an effect on their own experience, as physical bodies absorb vibration, thus altering the objective field of tonal possibilities and subjective experience of the work.

It is my hope, with this traversable polyphonic and polyrhythmic work, that listeners find their selves in possession of their own listening agency and in their own present spacetime. While I want to pin the listener to the listener, I do also want to "stress" that there is no right or wrong way of experiencing these pieces. Having an expectation as to the outcome of these pieces would be a bit ironic and ultimately nullify my goal of attempting to compose an objective music that points to the inherent subjectivity woven into the frame and fabric of all Earthly experiences.

With that, I'll now hush up and simmer down. I hope you enjoy this work and that the best thing possible happens to you.